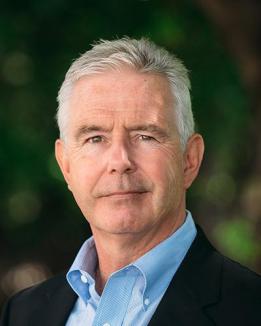 Stephen James is a CERTIFIED FINANCIAL PLANNERTM Practioner with Severn Financial Advisors, LLC. He began his financial planning career in the fall of 1986 with American Express Financial Advisors. Prior to this, Stephen was the airport manager for World Airways at Baltimore Washington International.

In the fall of 1990, Stephen recognized the need for more objectivity and independence in the financial planning process and helped to establish Chesapeake Financial Planning and Tax Services. During this time, he received his financial planning certification. In 1994 Stephen created Stephen I. James and Associates, which developed into Severn Financial Advisors, LLC, in 2008.

For more than 30 years in business, Stephen has been fully committed to the "financial planning process." In addition to contributing numerous articles and columns for local newspapers, Stephen was an instructor of financial planning for Anne Arundel Community College.

Originally from the United Kingdom, Stephen now lives in Annapolis, Maryland, and is married with two children. In his spare time, he enjoys reading, golfing, spending time with his family, and is an avid fan of Manchester United. Additionally, Stephen is an active member of the Rotary Club of Annapolis (Parole).

Steven M. Roth brings 30 years of financial service experience to Severn Financial Advisors of Annapolis. As a co-founder and managing partner of the firm, he provides his clients with quality financial, investment, and insurance planning. He assists his clients by helping to educate them and evaluating their financial situation in a comprehensive manner. He focuses on all facets of their planning needs, including investments, insurance, retirement, and estate planning. Steven is passionate about guiding people toward financial security and helping them make important decisions that will benefit their future.

A 1974 University of New Hampshire graduate, Steven received his BS in administration and went on to obtain his Chartered Life Underwriter® (CLU®) designation, which signifies a financial professional specializing in effective strategies for individual, business owners, and professionals in the areas of income replacement, risk management, estate planning, and wealth transfer.

Steven is dedicated to high-quality financial services because he enjoys having a positive impact on the financial future of his clients. His emphasis on honesty and integrity are key factors in working with clients and he considers it "very gratifying to be an important resource to clients and their families." The New York City native has lived in the Annapolis area for more than 30 years and currently resides in Crownsville. He has been involved with the Parole Rotary Club for more than 10 years, and in his spare time enjoys playing golf, squash, and coaching soccer.

Wilson H. Phipps, a native Annapolitan, has been in the financial field for over 30 years. As one of the founding partners of Severn Financial, he gives his clients peace of mind as he guides them through the complicated world of personal finance. Wilson’s mission is to provide his clients a comprehensive program that includes all facets of their insurance planning needs.

Wilson has earned numerous honors including, The National Sales Achievement Award as well as a member of Million Dollar Round Table*

Wilson is a proud graduate of the University of Maryland where he also played lacrosse. He has strong ties in his hometown of Annapolis as he lives in downtown Annapolis with his wife, Betty. They have two grown sons, Michael and Brian. Wilson is very active in the community and currently serves on the Severn School Board of Trustees and enjoys boating, golfing, coaching youth lacrosse and attending Baltimore Ravens games.

*Million Dollar Round Table (MDRT) is an independent membership organization of life insurance and financial service professionals. Membership levels are based on commissions, premiums, or fees generated within a year from investment and insurance products. Members must apply annually and pay a fee. Members must be in good standing of a Professional Association which has met the following criteria: in existence at least 2 years, have 100 or more members, must be a nonprofit organization, must have a code of ethics and an effective means of dealing with breaches of its code. Members must also adhere to the MDRT Code of Ethics. Working with this advisor is not a guarantee of future financial results. Investors should conduct their own evaluation. For more information, please visit https://www.mdrt.org/. 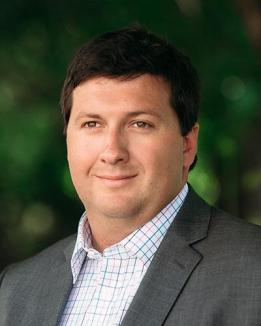 Patrick joined Severn Financial Advisors in January of 2014. He is a CERTIFIED FINANCIAL PLANNERTM  Professional, one of the most highly regarded certification within the financial planning industry. The CFP® designation reflects Patrick's experience and education in the financial planning arena, as well as his commitment to continuing education and the CFP® Board’s Code of Ethics.  In addition, he also holds the series 7 and 66 FINRA licenses.

Patrick earned a Bachelor’s Degree from The University of Maryland in 2010 where he was a member of the men’s varsity lacrosse team.

Patrick lives in Annapolis and is actively involved in the community.  He has coached several youth teams since his graduation. In his free time, Patrick enjoys spending time with his family and friends and enjoying everything Annapolis has to offer.